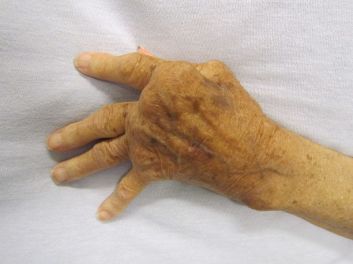 Rheumatoid arthritis is a long term inflammatory disease that typically affects joints and surrounding tissues in one’s hands and feet.  Previous studies assumed that Prolactin hormone has a role in disease severity, but a recently published study questioned that relation.

The study was carried at Aalborg University Esbjerg, Denmark by a group of researchers and has recently been published in a Journal of Research in Endocrinology. Scientists stated that “The objective of (the study) is to analyze the serum level of Prolactin (s-PRL) in 307 treated patients with Rheumatoid Arthritis (RA), and its association to disease activity, demographics, serological and clinical variables.”

The study finds that the treated patients “were characterized by demographic, serological and clinical variables, in addition to assessment of disease activity by DAS28 (3w-CRP) score. Prolactin was analyzed by a double sandwich immune analysis.”

After Data analysis, the researchers “demonstrated that 4 out of 307 RA patients had high level of s-PRL, all of them with low disease activity score. » Therfore, they come to a conclusion «that s-PRL did not correlate to disease activity, serology or demographic factors in 307 treated patients with rheumatoid arthritis.” Thus, based on the results they «therefore question the hypothesis that PRL may play a role in disease severity and the development of rheumatoid arthritis in humans.”

It is worth mentioning that “it has been reported a correlation between disease activity and the level of PRL in synovial fluid, and a correlation of s-PRL  to the total Larsen radiographic score as demonstrated by Fojtikova M et. al. (2010), implicating that prolactin may play a role in disease severity and the process of joint damage” the study mentioned.

by Sean Philpott-Jones, Director of the Center for Bioethics and Clinical Leadership

We hosted a conference on Alzheimer’s disease at the College last week, inviting a distinguished group of physicians, researchers, caregivers, advocates and policymakers to discuss the ethical and legal challenges of diagnosing and treating those with the disease.

These issues are particularly important to me. I have immediate family members who have been affected by Alzheimer’s disease, as patients and as long-term caregivers. I also carry a genetic trait known as APOE-e4 that makes me far more likely to develop the disease, and to do so at a younger age.

As someone whose career and self-worth are tied to my ability to think and write creatively, the very thought that I could slowly lose everything that makes me who I am terrifies me. I also worry about the huge personal and financial impact that a diagnosis of…

As of November in 2013, obesity is considered a disease. It has become so widespread that many are calling it an epidemic, while a WebMD article by R. Morgan Griffin labeled the “obesity epidemic ‘astronomical’”. Over the past thirty years, obesity rates have gone from 15 percent to 30 percent. Instead of doubling like adult rates have, Childhood obesity rates, on the other hand, decided to outperform their older counterpart by tripling their rates. Surely following in their parents footsteps, and then some. 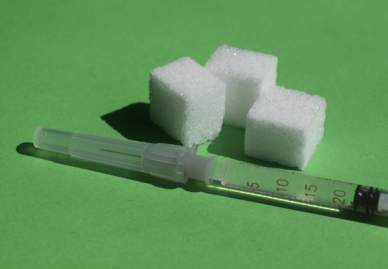 Studies have often shown that there’s an association between blood pressure, diabetes and obesity and that’s what has been strengthened  by a recently published study under Research in Endocrinology Journal. The research has studied levels of some hormones and proteins in a group of patients’ bodies.

The researchers noticed that “patients with T2DM and hypertension” have “significant increased levels of chemerin and a trend towards an increase in leptin levels.” The increased level of chemrin which “is known to stimulate insulin-dependent glucose” are seen as “markers of metabolic syndrome, namely obesity, high-plasma triglycerides and high blood pressure.”

According to the study “high chemerin levels are not only associated with hypertension, but also probably related with obesity and diabetes itself.” The study also has studied other determinant factors within the patients including protein adiponectin, and the hormone Leptin, the latter that “enhances the secretion of several cytokines and a reduction in its activity leads to insulin resistance.”

With the elements put under observation, the study comes to a conclusion that there’s a correlation between type 2 diabetes, obesity and blood pressure. 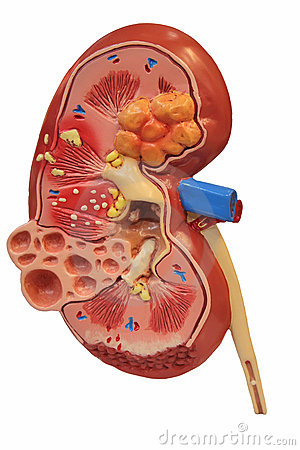 A number of diseases might cause hearing loss, among them the chronic kidney disease especially with those that underwent kidney transplantation. But it’s not exactly the disease that causes the complications but the drugs used after the plantation, a recently published study has found.

The study which is published lately at an International Journal of Case Reports in Medicine and was carried by a number of researchers at the Department of ENT and Department of Nephrology at Sir Ganga Ram Hospital, New delhi, India; has followed a case of a 12 years old child that had chronic renal failure for which he « underwent fulguration of the posterior urethral valve.» The child after 7 years was obliged to receive intravenous antibiotics after he developped renal infection and « Within a week, he developed bilateral tinnitus and a sensorineural hearing loss » the study mentioned.

The study found that « a significant correlation has been found between hearing loss and the administration of ototoxic drugs like aminoglycosides and furosemide, and in patients on dialysis with changes in fluid and electrolyte composition of the endolymph. »

According to the study, the «Infection and delayed wound healing are the leading causes of morbidity and mortality among organ transplant recipients. » 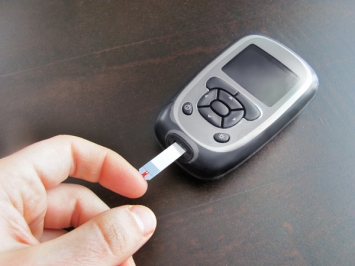 Diabetes is considered a major health problem with increasing prevalence, and leading cause of morbidity, mortality and vast complications. In order to determine if a patient is diagnosed with diabetes, there are a number of metabolic biomarkers that are taken in consideration, and currently serum uric acid is not included. Yet, a new study finds that serum uric isn’t something to be overlooked in diabetes diagnosis.

Researchers studied 1205 patients and discovered that there’s direct correlation between uric acid and development of type 2 diabetes. According to the study “uric acid might have an important role in the determination of the beta cell function in patients with type-2 diabetes, augmentation of insulin secretion and improvement of glycemic control both in type-1 and type-2 diabetic patients.”

The study that was published recently at a Journal of Research in Diabetes was carried by a group of scientists at Aseer Central Hospital in Abha, Saudi Arabia.

The researchers said that they have used for the first time what they referred to as “regression equation”, a link between uric acid and insulin levels. So, “By this regression equation methodology, insulin secretion and levels can be easily determined by diabetologist or physician in routine clinical practice for type-2 DM patients” the study stated.

Alzheimer is one of nowadays’ prevalent diseases related to aging, and according to studies it will affect over than 100 million people worldwide by 2050. Unfortunately, up till now there’s no effective cure, but a new study published recently found that a promising cure is likely to be found at stem cells science.

The study was carried by a group of researchers at the Federal University of Health Sciences of Porto Alegre, Brazil and the “Experiments were performed in 60 male Wistar rats”. The scientists’ aim “was to investigate the effects of stem cells implants from human dental pulp, human adipose tissue and mice renal tissue on the behavior of rats in a model for AD (Alzheimer Disease).”

After a series of experiments, surgeries, and behavioral test “Results showed an improvement in the behavioral performance of implanted rats with stem cells over the non-implanted group” the researchers noticed.

The study was published recently under the Advances in Stem Cells studies, and after long experiments and data collected on stem cells-based therapy, the researchers found encouraging results that would lead to Alzheimer cure. According to researchers “cell therapy may be used to treat neurodegenerative diseases” among which Alzheimer is categorized. 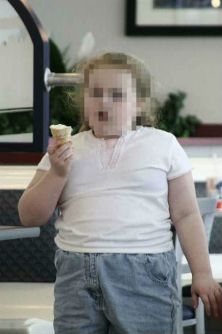 Childhood obesity is related to different serious health problems, and the number of obese children all over the world is on the rise. Yet, defining obesity and overweight children is the first challenge; and for that purpose, pediatrics uses certain measurements including Body Mass Index (BMI)-for-age chart. But, a study published recently has questioned that measurement set.

Researchers, at the Department of Pediatrics at the University of British Columbia, Vancouver, Canada, studied a number of 2259 participant over the period of 18 month and they noticed that while 16.1% were classified as obese using BMI-for-age standard, only 14.3% were classified using the weight-for-age cut off. Thus, using weight for age instead of BMI-for-age is promising consistent and more accurate results.

According to the study that was recently published at Journal of Research in Obesity, the researchers said that “If we use weight-for-age > 95th percentile as a screening tool, we can identify approximately two thirds of obese children without falsely labeling others as obese.”

The benefit of that accurate obesity classification can help pediatricians and specialty clinics that focus on childhood obesity in preventative and outpatient management “especially if early intervention has any role in reducing longer-term morbidity.” “Given the high specificity of the weight-for-age> 95th percentile cut-off, we can avoid erroneous stigmatization of this label and potentially unnecessary treatments or interventions.”